The year is coming to an end so I decided to look back on the my most memorable gaming moments of 2017.

I spent a lot of the year revisiting older games and learning from past classics, so I am way behind on all the wonderful games that were released this year. I have yet to play such notable titles such as Hellblade: Senua’s Sacrifice, Horizon Zero Dawn, The Legend of Zelda: Breath of the Wild, Mario Odyssey, Cuphead, What Remains of Edith Finch, Uncharted: The Lost Legacy and The Evil Within 2. Hell, I didn’t even get to play Hidden Agenda yet, a game I have been waiting with great anticipation, as some of you might know after reading my musings on interactive cinema in Hidden Agenda and the Repeating History of Interactivity! Some of those would have most likely if not definitely made it on my list, if I had found the time to lay my grubby little hands on them. Since I did miss so many game changers though, I decided to limit my list down to just 5 games instead of the usual 10.

So, let’s get to it! As 2017 saw Japanese games rise to power once again, you can definitely find my list overtaken by a few of those. The games are in no particular order, apart from Persona 5, which cannot be topped by anything.

This is technically me cheating, as I personally played the Japanese release last year, but since it only came out in the West this year I am using that as a perfectly valid excuse to include it. Persona 5 showed us that turn-based JRPGs are not a thing of the past and rocked all of our senses with its vibrant and beautiful UI design and super catchy jazz tunes. The trademark social links, or confidants as they are called in Persona 5, are also one of the best depictions of introvert friendships in video games making me bond with these characters on a much deeper level than with many others. 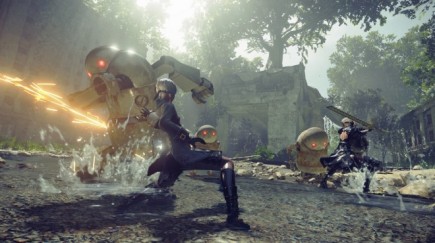 The sequel to an obscure classic Nier: Replicant (or Nier: Gestalt depending on where you’re from) brought the series finally into the limelight. While sometimes the writing was a bit hit or miss, there is no denying that this game did something completely unique in terms of storytelling structure that could only be done in a video game. It will stay with me for years to come just for that and the imaginative ways it toyed with you and utilized its UI. I fervently hope this will encourage other developers to think outside of the box when it comes to game narratives, though I am not holding my breath. Also, the music is up there with Persona 5. Can’t wait to sing Pascal in karaoke some time.

Night in the Woods 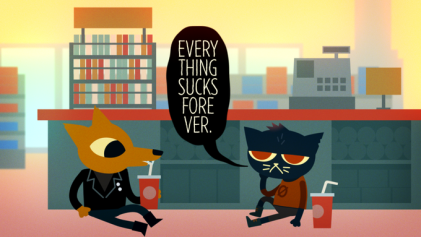 It was a hard choice between this and Life is Strange: Before the Storm for my humane drama winner of the year, but Night in the Woods won me over with its unique art style, clever writing and very relatable protagonist suffering from depression. The animations are incredibly sleek too, thanks to which I spent so much time just running in one direction and then abruptly turning the other way just to see Mae’s motions in full glory.

Little Nightmares continued the trend of “show don’t tell” that caught the eye of the gaming industry with the success of Playdead’s two subtle and unsettling titles, Limbo and Inside. Little Nightmares came forth with its own distinct art style and creepy setting, offering an abundance of little mysteries for players to ponder. There is no dialogue in this game and all of its  storytelling is through the environment and its creepy inhabitants. You can easily see that this world is sinister and totally off, but no definitive answers are given to you. This quiet storytelling is once again something to learn from – not everything has to be force fed to the player. 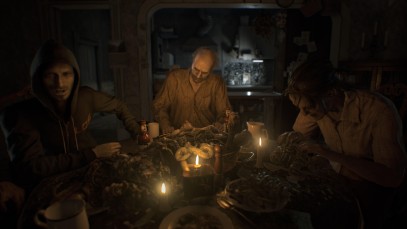 There was no way I could have written a list without any horror games, so here we are. I was one of the people truly devastated by the cancellation of Silent Hills and the forceful removal of P.T‘s existence, so the arrival of Resident Evil 7 was a sight for sore eyes. While fundamentally different from the psychologically taxing P.T, Resident Evil 7 brought fresh winds into the series and even the whole genre of AAA horror games. It went back to its roots and reinvented them for the modern day, creating a truly enjoyable (if games of this particular genre can be called enjoyable) horror experience.